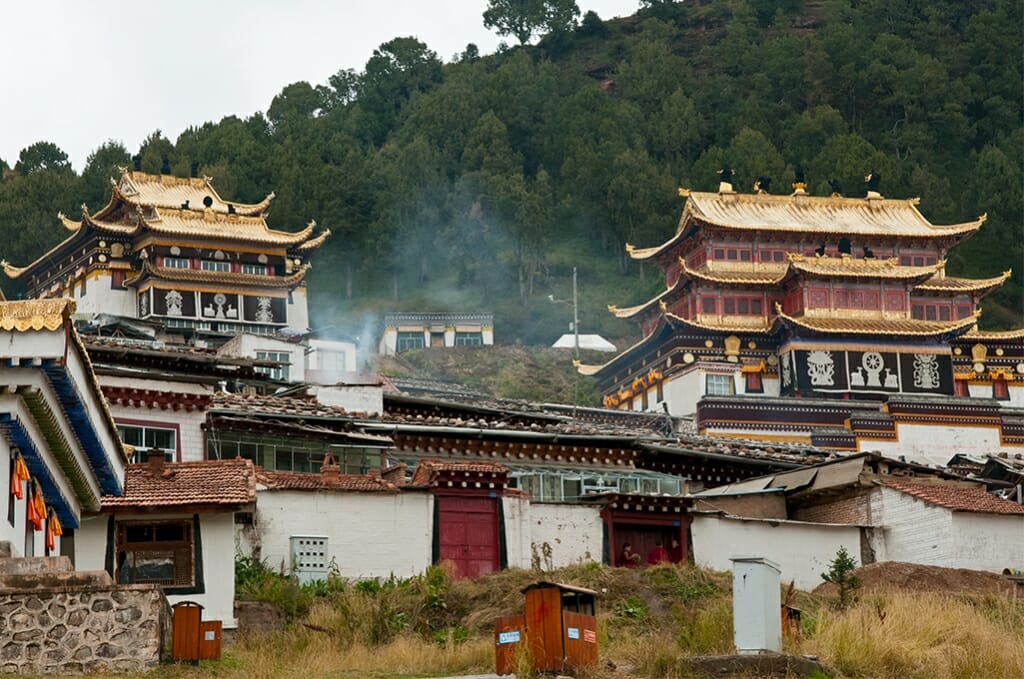 As travellers, we all long for new places to explore, to venture into the unknown and bring back unique stories and memories.

Yet almost every destination you set your heart on has already been visited, written about and Instagrammed from every angle imaginable. You may wonder if there are any places left to wander off the beaten path, to explore local cultures in ways other than purchasing cheap t-shirts and perusing tour options on the notice boards of hotels and travel agencies.

The good news is: these places do exist, and the Tibetan Plateau is one of them. Often referred to as The Roof of the World, the Tibetan Plateau is a vast, untamed wilderness sparsely populated by Tibetan nomads and hardly ever visited by foreign tourists. It is the perfect place to get off the beaten path in China.

I travelled to Ruoergai Grassland on the Tibetan Plateau in the remote northern tip of China’s Sichuan Province in search of rare wild cats, but I have found so much more. After just five days on the plateau, it became my favourite destination of all time. And here are 10 reasons why you should visit Tibetan Plateau too.

Ruoergai grassland is the best place in the world to witness the disappearing Tibetan Nomadic culture. Following the policy of relocation, the government has been moving the nomads into towns across most of the plateau.  But here on the grassland, the nomadic lifestyle is almost all there is.

Just imagine: white tents dot the vast landscape as far as the eye can see. Herds of domestic yak graze in the valleys and in the hills. The smell of burning yak dung hangs in the air, mixed with the pungent smell of the animals themselves.

Go off the Beaten Path in China

You will not find Ruoergai grassland on Google Maps. Nor will Ruoergai town – the capital of the county, come up in search results. Both the town and the grassland are completely lost in translation.

To Google, the area is known by its traditional Tibetan name of Zoige, while Chinese road signs welcome you to Ruoergai at the end of a 10-hour drive from Chengdu. It hardly gets more ‘off the radar’ than this.

Rough it out on Asia’s Final Frontier

The vast expanse of the Tibetan Plateau is sparsely populated, and the people that do make their home here have to deal with the harsh realities of life at high altitude and inhospitable climate on a daily basis.

This roughness of life makes the Tibetan Plateau feel like the final frontier, like the true unexplored ’Wild West’ of the east. Where the seasons dictate the flow of daily life and where nature is not a weekend escape but the defining force of life.

Although, as much fun as it is to explore the remote corner of the plateau, it is best to follow these tips on how to travel safely in Tibet.

If you visit Tibetan Plateau, you have to see a Buddhist monastery. About 86 kilometres from Ruoergai lies a sleepy little alpine town of Langmusi. Framed by forest-covered mountains and straddling the border between Sichuan and Gansu provinces, Langmusi is home to two large Tibetan Buddhist monasteries: one on the Sichuan side of town and one on the Gansu side.

The Langmu temple (on the Sichuan side of Langmusi) was founded in 1748, which makes it only 100 years younger than the Potala Palace in Lhasa.

Both monasteries are teaching monasteries, which means that there are more burgundy-clad novices on the town’s narrow streets than there are plain-clothed locals.

The monasteries of Langmusi are some of the oldest on the grassland. And as you explore them, you get a unique chance to witness a centuries-old culture that managed to avoid the sweep of globalization.

Be Part of the Vibrant Culture Mix

The Tibetan monasteries are not the only religious buildings in Langmusi. Right in the middle of town, there is a beautiful old Hui Muslim mosque.

The mosque is one of the most unexpected sights on the Tibetan plateau. Built in a traditional Chinese style, it has an unmistakable Islamic crescent moon on top of its ornate roof.

The tiny town is inhabited by three different cultures: Amdo Tibetans, Han Chinese, and Hui Muslims which is a less known religion in China.

We had lunch in one of the Hui Muslim noodle shops, and most of the clientele was made up of Tibetan monks and Han Chinese, who were being served by a Muslim shopkeeper.

Immerse Yourself in Big Nature

The Tibetan Plateau is a vast, rugged landscape of infinite space. It is a medley of yellow-hued meadows, rugged hills and the greener, wetter patches of marshes and bogs.

Ruoergai grassland is home to the Ruoergai Wetland National Nature Reserve that sprawls over 2,600 square kilometres on the Eastern edge of the plateau.

This harsh and remote region is considered to be the largest high-altitude peat marsh in the world and is a major source of water for two of China’s biggest rivers: the Yangtze and the Yellow River.

Often called ’The Roof of the World’, the Tibetan Plateau is the world’s highest and largest plateau. The Ruoergai grassland lies at the average altitude of 3,500 meters above the sea level, with some of the passes reaching over 3,800 meters.

This altitude is reasonably gentle and if you are a healthy person, you may not even feel its effects.  Until you start walking uphill, that is.

None the less, it is a perfect opportunity to experience a high altitude environment without the risk of suffering all the side-effects such as headaches, nightmares and difficulty breathing.

I came to Ruoergai in search of wildlife and I was not disappointed. By day, the grassland is the world of the rare Black-necked cranes, Himalayan vultures, Grassland pikas and marmots.

By night, it is the realm of the elusive Chinese Mountain cat, the extraordinarily fluffy Pallas’s cat, stunning Tibetan wolves, polecats and Asian badges.

And since most of the grassland remains free from urban or agricultural development, the wildlife happily co-exists side by side with people and is not too difficult to see.

The county’s name is not the only thing that got lost in translation on the Ruoergai grassland. One of the most entertaining things on the plateau is reading the Chinese road signs mistranslated to English.

As you travel across the grassland, you will cross ’Zoology Channels,’ drive through a ’Tool Gate’ and possibly, arrive at a ’Garbage Free Demonstration Area.’ Test your wits deciphering some of the more ambitious signs or challenge yourself to come up with your own travel quotes about crossing the Roof of the World.

Enjoy the True Spirit of Exploration

For all of the above reasons, the Tibetan Plateau remains an unexplored destination for western travellers.

You can easily spend days driving across the vast landscape exploring towns and cultures and spotting wildlife along the way. And guaranteed, you will feel like an intrepid explorer discovering new and unknown lands.

How to visit Tibetan Plateau and Ruoergai Grassland

I visited Ruoergai Grassland on a wildlife watching trip with Sichuan Birding (sichuanbirding.cloudaccess.net). If it is wildlife you are hoping to observe, I could not recommend them highly enough.

If you would like to keep the costs down you can always opt for an organized tour such as those offered by WindhorseTour agency. Alternatively, you can make your own way to Langmusi and explore the area from your base in town. It will take a little more commitment to get to the plateau by public transport, but it is by far the cheapest option.

24 thoughts on “10 Reasons Why You Should Visit Tibetan Plateau”