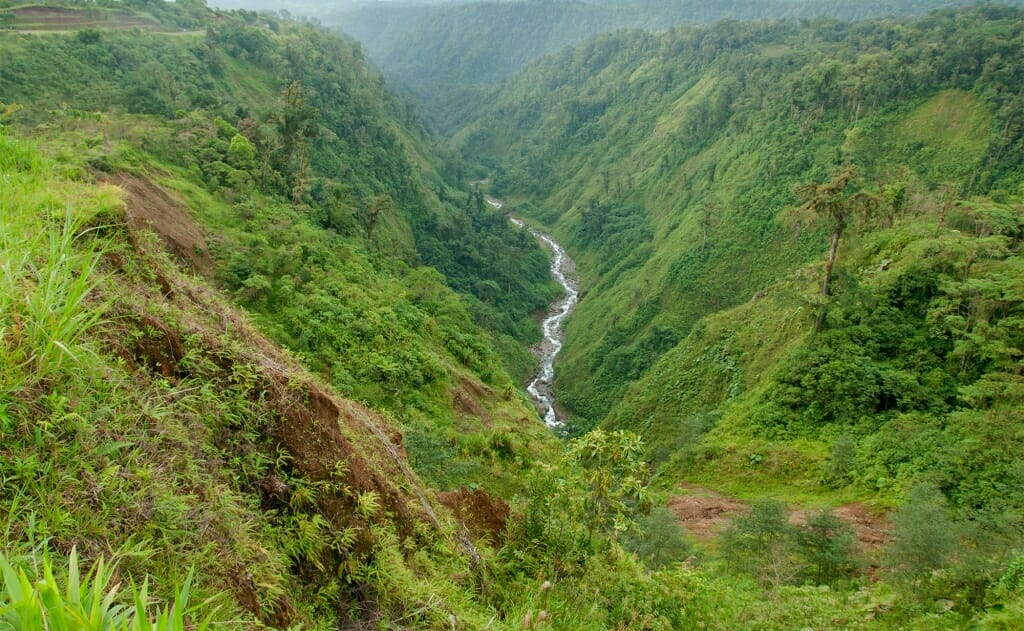 We arrived in Sierpe soaked to the bone from our boat ride from Drake Bay. Once we changed into dry clothes we jumped into the car and headed for San Jose. to start the second half of our Costa Rica wildlife watching itinerary.

It looked like San Jose was a little bit too far for the amount of daylight we had left, so we picked a random town on the map, which happened to be San Isidro de el General, and decided to spend a night there.

We didn’t expect the drive to be particularly scenic, which made it all the more surprising when we found ourselves driving for hours through the spectacular rainforest of Costa Rica’s continental divide. We were quite high above the sea level and the forest was shrouded in such thick mist that it appeared as if we were driving through the clouds.

We didn’t see any wildlife on the drive, with the only exception of a Rufous-collared sparrow in a roadside village where we stopped for a coffee.

The following morning we drove to Poas Volcano, but the visibility in the park was next to zero and most trails including the crater lookout were closed. We drove back to San Jose, dropped the girls off at the airport and headed to Alajuela.

With only the three of us left for the last few days of the road trip our itinerary became much more relaxed and the next morning we decided to give Poas Volcano another chance. This time the trails were open, but when we reached the crater lookout all we could see was a white wall of fog. But just as we were about to turn around the clouds lifted and we had a few minutes of the clear view of the rugged rocks and the sulfurous lake in the middle of the crater.

We walked the trails in the Dwarf Cloud forest hoping to spot the Poas squirrel, endemic to the area, but in the end only found a few Variegated squirrels, a Yellow-thied finch, a Large-footed finch and a Euphonia.

After the volcano, it was time for yet another spectacular drive across the Continental Divide towards Tirimbina Biological Station. The winding road passed deep canyons, waterfalls that you could walk behind and tracts of lush green rainforest for as far as the eye could see. This almost empty highway through the mountains was more scenic than many of the National Parks we’ve been to.