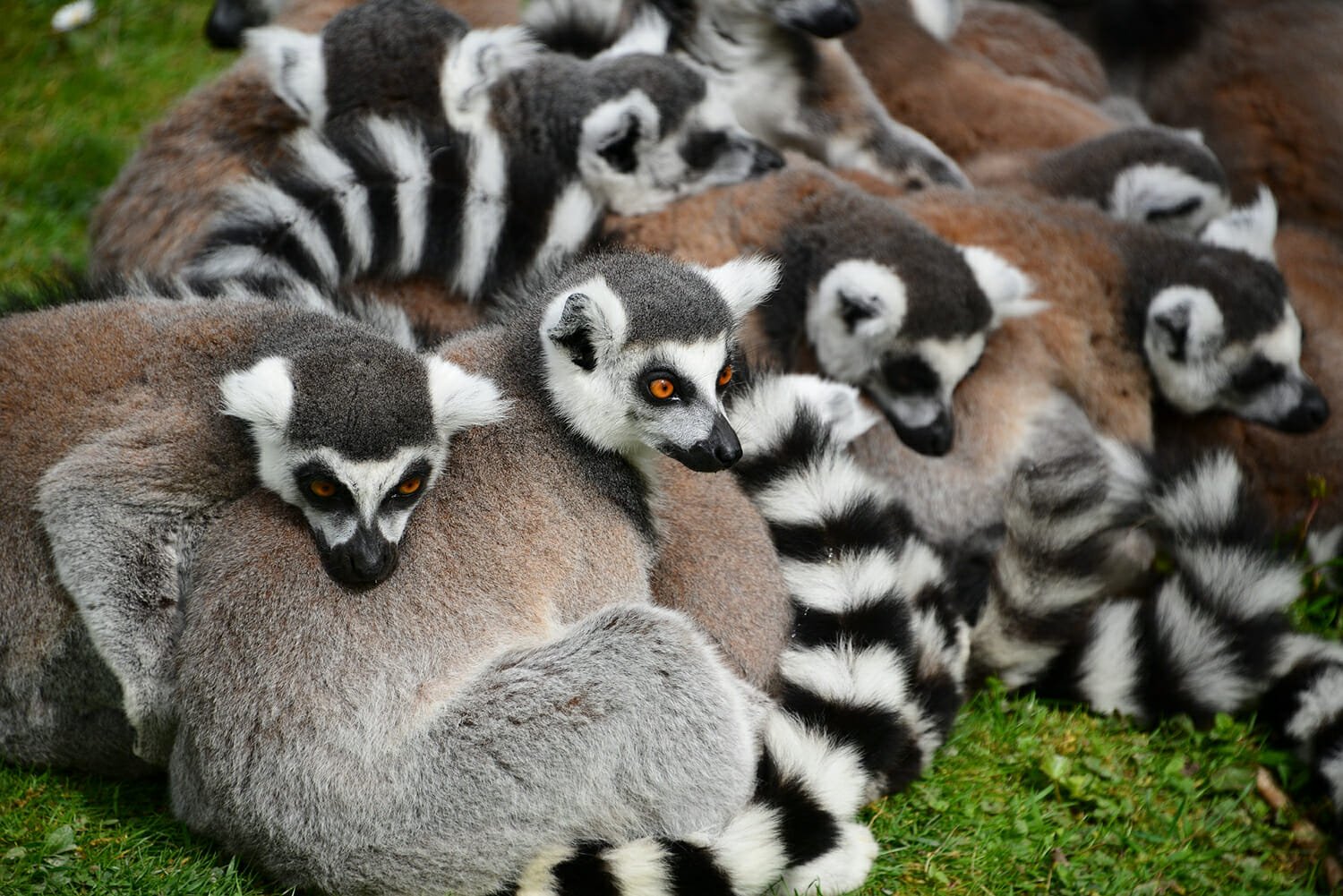 A crash of rhinos, anyone? Or a prickle of porcupines? How about a parliament of owls?

Earlier this year, I found myself watching a very active bird feeder on a Brazilian farm in the Pantanal, when I heard my friend remark: “Such a colourful pandemonium of parrots”. In answer to our blank stares, he explained that the collective noun used for a group of parrots was a pandemonium. No doubt, he’s been waiting for a chance to drop it in a conversation since the beginning of our trip.

That conversation piqued my curiosity and I decided to look up some more collective nouns for animals. If you would like to impress your friends on your next safari, pick a couple of terms from the list below and use them at the first chance you get.

Names for Groups of Mammals

To get the ball rolling with discovering the unexpected names for groups of animals: What is a group of lemurs called?

Names for Groups of Birds

Learning that a group of parrots is called a pandemonium was an eye-opening revelation for me. But this is not even the strangest name on the list.

Names for Groups of Amphibians and Reptiles

A group of crocodiles you ask? Yes! In the Pantanal, it is not uncommon to see huge congregations of caimans on the river banks, or even by a roadside marsh like in the video below. The man in the video is a Pantanal local. In other words, don’t try this at home.

Names for Groups of Fish

Names for Groups of Invertebrates

Names for Groups of Domestic Animals

And if you are not heading on a safari any time soon, here are some collective nous for domestic animals.

Origins of Names for Groups of Animals

You may rightfully wonder about the origin of these unexpected terms. Who and how came up with names like a parliament of owls?

A brief search on google reveals an interesting picture. Most of these terms originate from the Book of Saint Albans written in 1486 to introduce the terms of venery, which is an old French word for hunting. For centuries, the English nobility spoke French rather than English.

So when English kings reverted to speaking English, the Book of Saint Albans was published to provide English terms used in hunting – a practice reserved for nobility alone. The book is also known by a more accurate title of “The Book of Hawking, Hunting, and Blasing of Arms“

And when you think about it, it makes perfect sense. The terms like a gaggle of geese or a nest of mice, reflect animal behaviour since they were created for hunting purposes. Other terms, like a crush of rhinos, are more recent additions, probably created to match the arcane names.