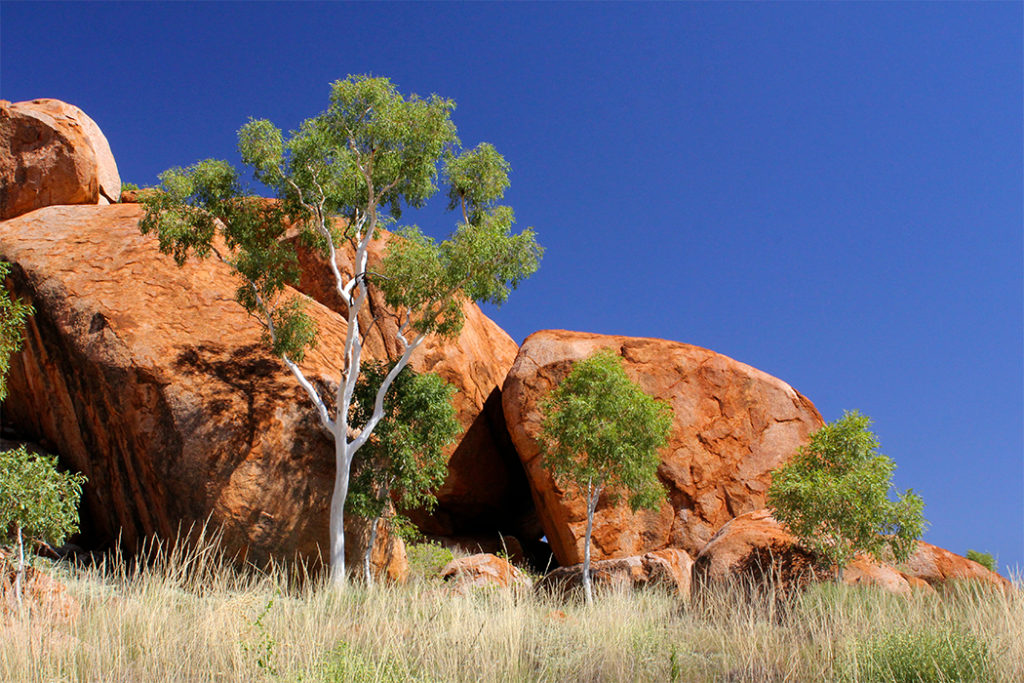 After spending a couple of weeks exploring Uluru, Kings Canyon and West MacDonnell Ranges, we arrived in Alice Springs and used the opportunity to re-stock, have some decent coffee and run some domestic chores. Neither of us liked the city much, so we spent the day at the Alice Springs Desert Park, checking out some of the wildlife we missed in the wilderness.

While I don’t particularly like viewing wildlife in captive settings, the Desert Park has walk-in aviaries that are more like spacious islands of native habitat that only house the species that naturally co-occur in a given habitat type.

Given my obsession with parrots, the one bird I wanted to see in the park was the Princess parrot – one of Australia’s most elusive parakeet species and therefore least known. They are nomadic species that arrive in an area to breed and then disappear, making them very difficult to see in the wild.

We took a quick trip to Heavitree Gap caravan park in the late afternoon to watch the Black-footed rock wallabies at close range. The animals live in the hills above the park, and you can even buy some pre-packaged wallaby food at the park’s shop.

The following morning we got back on the road for a long 375-km drive to Wycliffe Well – pretty much the only camping stop between Alice Springs and Mataranka. It is also a convenient overnight stop for visiting Devils Marbles in the morning.

Wycliffe Well is known as Australia’s prime UFO hotspot, boasting more UFO sightings than any other area in the country. The entire holiday park is decked out in the alien theme.

We didn’t spot any notable wildlife on this drive, except a Little buttonquail on the side of the road and a Brown snake at the campsite. No aliens either this time.

There wasn’t much to do at Wycliffe Well, but it was nice to have a cooked breakfast the following morning. And it was only 37 km to Devils Marbles.

Devils Marbles is a spectacular formation of rounded granite boulders stacked precariously on top of each other. Though it lies close to the tropical north of Australia, this area still has a rather dry climate and provides a unique habitat for a few interesting critters.

As soon as we pulled into the Devils Marbled car park, we were greeted by a handsome Dingo that was quite happy to laze around in broad daylight.

He was clearly accustomed to people and it was nice to have such a close encounter with a wild dog. Most dingos we spotted on this trip were quite chilled out, but this guy was practically neighbourly.

As we walked among the orange boulders of the Devils Marbles, we witnessed a pair of courting Painted finches. The male flew up to the female with a gift – a stalk of dry grass to be used as nest-building material. Holding the gift in his beak he proceeded to perform a dance around the female looking for a favourable sign.

Once his efforts were approved by the female, he quickly got down to business. But while the amorous part was a fairly quick affair, the pair stayed together and continued building the nest.

A walk in the bush around the rocks turned up a Weebill, a Spinifexbird and a few Dimond doves.

By 11 am it was starting to get pretty hot. So we were happy to jump in the car for another epic drive – 663 km from Devils Marbles to Mataranka in Elsey National Park.

We arrived at Mataranka hot springs camping grounds late at night, put up the tent in the dark and went for a quick exploration walk to see what local wildlife was around. The air was laden with moisture – the trademark of the tropical climate and I was hoping to find some new frogs.

Apart from frogs and reptiles, we quickly found two new mammals: Agile wallaby on the ground and Little red flying fox making a racket up in the canopy.

The Agile wallaby is perhaps the most common mammal in Australia’s Top End. They can be seen virtually anywhere: at camping grounds, out in the bush, in the paddocks and along the roads at night. The Little red flying fox is also quite common in the Top End. The population at Mataranka may count up to 200,000 individuals in some years.

In the morning the campsite was overrun by wallabies. They were completely relaxed and for the most part, ignored us, humans.

The hot spring at Mataranka wasn’t particularly inspiring, so we packed up and went to Bitter Springs for something different. Bitter Springs are also located within Elsey National Park but tend to receive fewer visitors and offer somewhat less disturbed surroundings.

The water at the Springs is amazingly warm, clear and inviting – the perfect opportunity to escape the humid heat of the day. The wild inhabitants of the area must be thinking the same thing.

At one point I could hear something move on the opposite side of the pond. But as hard as I peered at the pile of dry palm leaves I could not see any shapes that looked out of place. Only when I looked through my 400 mm lens, did I see a large monitor that was practically the same colour as the leaf litter behind it. It was a very impressive Merten’s Monitor (Varanus mertensi) chewing on a crab.

A short walk along the stream turned up a White-bellied cuckoo-shrike, White-naped Honeyeater and a beautiful Red-backed fairy-wren.

From Bitter Springs we headed out to Katherine Gorge, locally known by its Aboriginal name – Nitmiluk. T Now that we were in the Top End, places were packed closer together and it was only a short 135 km drive to our next campsite.

As we drove, the landscape changed from burnt-out decimated grazing lands of the Red Center to greener woodlands dotted with giant termite mounds of various shapes and sizes.

We drove through Katherine – an uninviting little town with not much to look at. The only reason we stopped in town was to check out the colony of Little red flying foxes roosting in the tall eucalypts in the courthouse front yard.

Unlike the Grey-headed flying foxes in Sydney, which hang off the tree branches like motionless sentinels, these bats had to continuously fan themselves with their membranous wings in order to stay relatively cool.

On the approach road to Nitmiluk, we came across a spot of high bird activity. There were Red-winged Parrots and a young Collared sparrowhawk perched on the tree and a few Black and Whistling kites soaring above.

The campsite at Nitmiluk has much better facilities than the one at Mataranka. There is also a decent visitor centre.

The reason most people visit Nitmiluk is to take a cruise through the stunning scenery of Katherine Gorge. But in April the water still runs too fast and the flooding of the rainy season has not sufficiently subsided. There were no Cruises running, so we explored the area on foot.

The walk along the gorge turned up Agile wallabies, Forest kingfisher, Collared lorikeet and an elusive Oriental cuckoo.

At night we went for a short spotlighting walk and found Rocket frogs, an exquisite Brown tree snake and a few Bush Stone-curlews, which are more often heard than seen – their chilling wailing cry unmistakable in the night.

The morning was announced by the calls of Blue-winged kookaburras and the chirping of Red-winged parrots.

Mataranka is located 106km south of Katherine. From the Stuart Highway take Martin Road to go to Bitter Springs, Homestead Road to visit the Mataranka Thermal Pools or John Hauser Drive, off Homestead Road, for all other sites in the park

Territory Manor Motel and Caravan Park on Martin Road has good reviews. It features a restaurant, an outdoor swimming pool, a bar and a garden.

Getting to Katherine Gorge

Nitmiluk Tours offer a range of accommodation options from luxury lodge to tents. They also run a number of tours in the Gorge.