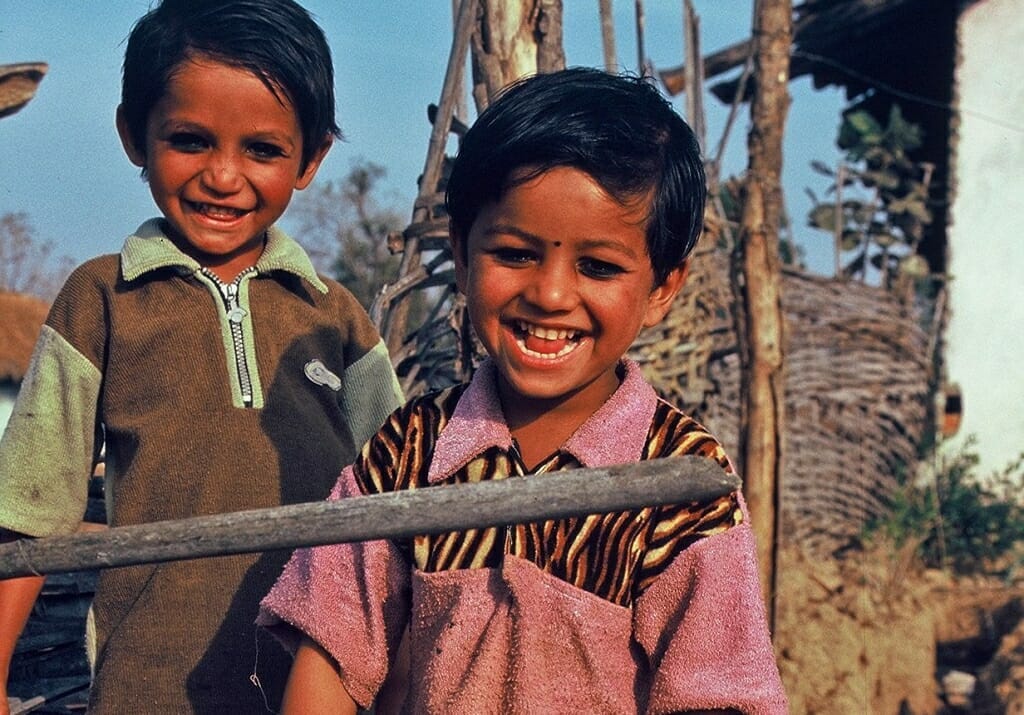 In the gathering dark,  I was sipping chai on a cold train platform in Delhi, waiting for the train to Jabalpur – the closest train station to Kanha National Park. The train arrived three hours late and to a different platform.

Thankfully, I have already embraced a travelling zen attitude and spent the time reading a book rather than stressing out. I was marvelling at my own calm.

In this post hide
1. Bus stop zen
2. The ride from hell
3. At an impasse in Mandla
4. Getting to Kanha in style
5. More on India

Another 17 hours later, I was in Jabalpur, reading Arthur Conan Doyle’s Lost World at the bus station. By the time the bus heading for Kanha was 1 hour late, I decided to ask the conductor when it was actually expected.

He told me a fairly involved story about the bus driver getting in some trouble with the police and assured me that the incident was almost resolved and the bus would be arriving shortly.

Another hour later, I went to see him again, and this time it turned out that now, the entire bus with all its passengers and the driver were being held at the police station.

I held on to my zen and continued reading the book. The book was interesting, the sun was nice and warm on my face, and all things considered, I was having a much better time just sitting there than I would have doing some tedious desk job back home.

My zen, however, was suddenly interrupted when the conductor ran up to me and started shouting something, waving his arms and pointing towards a crowded bus that was already leaving.

“Mandla… Mandla”, he kept shouting and motioning for me to get up and run towards the bus.

“I am not going to Mandla, I am going to Kanha”, I tried to explain. But he decided not to waste any more time arguing, picked up my bags and ran for the bus. I had no choice but to follow him.

“No bus to Kanha, go Mandla, take bus to Kanha”, he was saying while stuffing my bags inside the already full bus.

“Are you sure there is a bus to Kanha from Ma… Mandla?”

“Yes, go Mandla, take bus to Kanha”, he practically shoved me inside, as the bus drove off.

I looked around the bus, and it seemed that there were twice as many people as the bus was designed to take. An older lady in a bright gold and green sari shifted in her seat to make room for me.

I smiled at her in appreciation but could see no way of squeezing into the tiny opening she offered me. At this moment, the bus swung violently around a corner, and I was thrown and firmly deposited between the nice lady and a skinny man sleeping by the window. It was such a tight fit that I could barely breathe.

Working hard on making peace with my new situation, I realized that I was still clutching a small tourist map in my hand and decided to see where exactly Mandla was. Sadly, the map offered no relief. It did not show any town called Mandla in the entire state of Madhya Pradesh.

The ride from hell

Deafened by the maddening blasts of the horn and chocking on the exhaust fumes blowing into the bus through the big hole behind the driver’s seat, I tried to push myself into the sit as hard as I could to stop from bouncing on its hard wooden surface, as the bus drove over countless potholes in the road.

The music came through some cheap speakers that could only produce very high, head splitting frequencies; the man sleeping next to the window was now sleeping on my shoulder smelling of curry and garlic, and a rather suspicious character made himself a bed on my backpack. In comparison to this ride, the ride from Bhopal to Bimbetka caves seemed like pure luxury.

Hour after agonizing hour of torture has passed, but there was no relief from this death trap. Mandla had to be the furthest place from Jabalpur on the entire Indian continent.

As the sun dropped below the hills, we finally arrived at Mandla. Wherever it was, it was certainly in the middle of nowhere. As I looked around I couldn’t help but gape in wonder at the architectural masterpieces surrounding me, trying to perceive the mind that designed them.

The houses lining the main road of town had not four but only three walls to them. The side facing the road was open, exposing the interior. They looked like doll houses, but dirty and ugly.

At an impasse in Mandla

When I enquired about a bus to Kanha, I was assured that there would be none. Not today at any rate. By this point, I was unable to experience any emotions or make any decisions, so I just sat down on one of the benches at the bus stop and started reading my book in resignation.

My one faint hope was in the fact that I obviously stood out from the crowd. I may as well have had a sign on my forehead: FOREIGNER. So if there happened to be a bus to Kanha at some later point, they would not forget to tell me.

By the time the wave of apathy had finally lifted, and I looked around, it was already dark. People were staring at me: a single white female sitting here at our bus stop and doesn’t seem to be going anywhere. A young man came up:

“There is no bus today”

“I know. Is there one tomorrow?”

“When do you come back to work?”

“ In one week”. “If more people come, maybe the bus will go tonight. Now it is only you.”

Getting to Kanha in style

Miraculously, in the end, the bus did come. And I was the only passenger. We drove for ages. The moon was huge and hang low in the sky, as we drove through the forest. There were no lights of human settlement, no light at all, just the moon.

The front door of the bus did not shut and the wind was blowing inside in powerful gusts. I was wearing everything I could pull out of my bag and I still wasn’t warm. But I was on a bus!

And then we suddenly stopped. I felt a pang of worry. I was absolutely and totally mentally exhausted. I have lost the line between the simply odd and the not real at all. It seemed like I was living in the world, where my previous knowledge of life did not apply. Anything could be real, and at the same time as anything could be an illusion.

Yet some instincts from the old, familiar life still remained, and I felt a little bit uneasy about being alone on the bus with two strange men, driving through the wilderness at night. And I definitely felt uneasy about suddenly stopping with no apparent reason.

The reason, however, was only not apparent because it did not reach my eye level. A group of teeny- tiny men and young boys dressed in worn-out clothes and wrapped in blankets climbed onto the bus.

They were carrying heavy sacks that were attached to the opposite ends of long bamboo poles that they had slung across their shoulders. They looked so much like little hobbits. And they had some hobbit-like simplicity about them as well.

It was obvious they did not expect to come across a bus at such late hour.  And wherever they were going, they were planning on making their journey on foot.

Buzzing with excitement, they reached into their sacks for small bundles of money and paid for the tickets. They rode with me for some time and then got off somewhere that looked to be in the middle of the forest. It amazed me how different we were, how unlike our lives were. We were the same beings but we were literally worlds apart.

At long last, we arrived at Katya village on the outskirts of Kanha Reserve. I felt so grateful to these two people that ran the bus for over 3 hours in the middle of the night just for me. I offered them some extra money. My 30 rupee bus fare wouldn’t even cover a fraction of the petrol they would have used for the return journey. But the conductor politely refused.

For me, this is the essence of India. It can drive you mad with its ways and then stun you with such beauty of spirit. Like the park rangers in Ranthambhore National Park, who worked for the minimum wages, but sacrificed their time, energy and safety to voluntarily conduct anti-poaching patrols in the park at night. Here is an interesting perspective of an Indian solo traveller and blogger on her homeland.

A jeep from Van Vihar guest house was already waiting for me at the bus stop. The conductor spoke briefly to the driver and passed my bags to him. Wishing him good luck and thanking him again I got off the bus and climbed into the jeep.