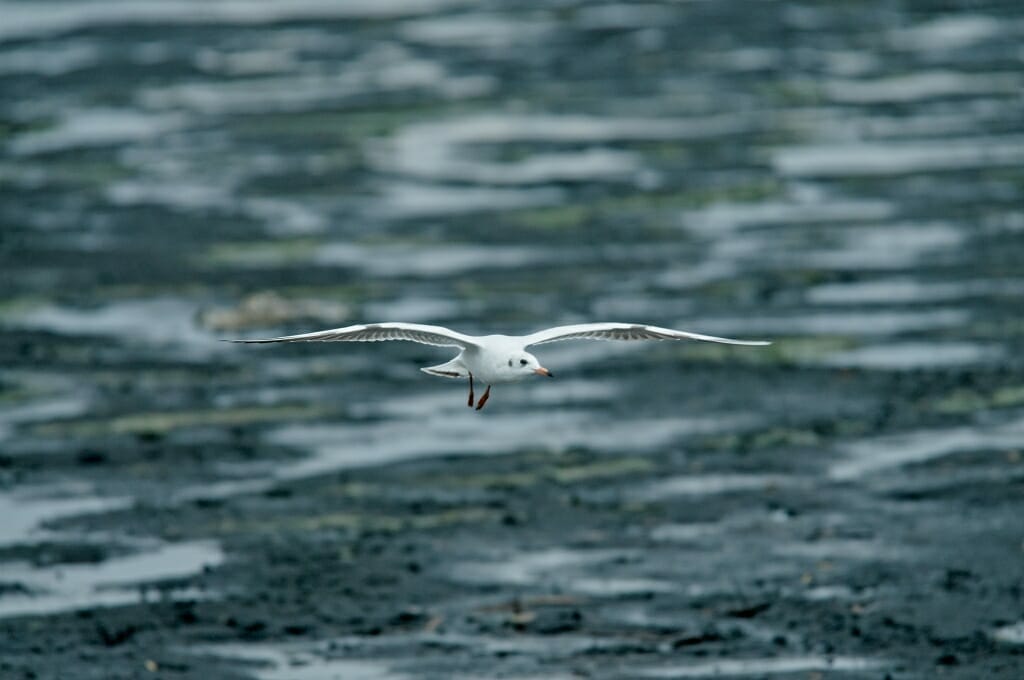 October 6, 2012 was the World Migratory Bird Day. On this day birdwatchers in most European countries go out to their favourite birding locations to spot as many migratory birds as they can and then enter their data into a common database.

This year I happened to be in Russia on this day and I happily went birding with the Bird Conservation Society of Russia. We travelled to the outskirts of Moscow, to Biserovsky ribhoz fish farm that is said to have the highest species richness of water birds and waders in Moscow region.

To increase the sporting interest for the event, the weather pulled out almost every nasty trick it had. It was a cold autumn morning to start with, but when we got to Kupavna train station it started raining. By the time we reached the ponds of the fish farm, the rain picked up so much that it felt like having a cold shower outdoors in winter. But we were a team on a mission.

I haven’t seen many water birds in Russia (apart from the ducks on the city ponds), so I was keen for an adventure, regardless of the meteorological situation.

At the first pond, we spotted one of my favourite birds: Great-crested grebe or Чомга (Podiceps cristatus).  It wasn’t in breeding plumage, of course, but it was great to see it anyway. The only other time I saw this species was at a small lake near Mildura in Australia (and later in Queenstown in New Zealand), and it was much further away then.

One of the ponds at the farm was drained and the nutrient-rich sediment on the bottom of the pond was exposed to the world. This drained pond was home to at least 1500 gulls and smaller numbers of Mallard ducks, Eurasian Widgeon or Свиязь (Anas Penelope), Tufted Duck or Хохлатая чернять (Aythya fuligula), the adorable Northern Lapwing or Чибис (Vanellus vanellu), as well as a few Garganey or Чирок-трескунок (Anas querquedula) and Grey heron or Серая цапля (Ardea cinerea).

We walked around the pond to get a closer look at the gull community. When we got to the best viewing point the rain receded, but in its place came icy wind in howling blasts. The gulls seemed happy with the weather, gliding effortlessly in the chilly wind currents. As for us humans, wet and cold as we already were, the wind-chill factor sent some of the gentler souls running for the bus stop.

Only the hardy souls remain

The few of us that stuck around had a good chance to see the three species that comprised the gull community. The most numerous, by far, were the Black-headed gull (Larus ridibundus), though they weren’t very black –headed, as they changed to their winter plumage, with a white head and only a small black spot behind the eye.

Amongst the thousands of Black-headed gulls was a number of slightly bigger Mew gull or Сизая чайка (Larus canus) and some much larger European Herring Gull or Серебристая чайка (Larus argentatus). A lot of the gulls were young birds with scaly brown plumage, which were harder to tell apart.

By the time we left the gull colony, I was so cold that my fingers were almost frozen solid, which made pressing the shutter button quite challenging. We kept walking around the pond, looking for more species. At one point we counted 700 ducks of various species in a group. The last bird we saw on the pond was the magnificent Ruff or Тутурхан (Philomachus pugnax), though as it wasn’t in its spectacular breeding plumage it looked rather plain.

All in all, it was a fantastic day of birding and a real test of determination.