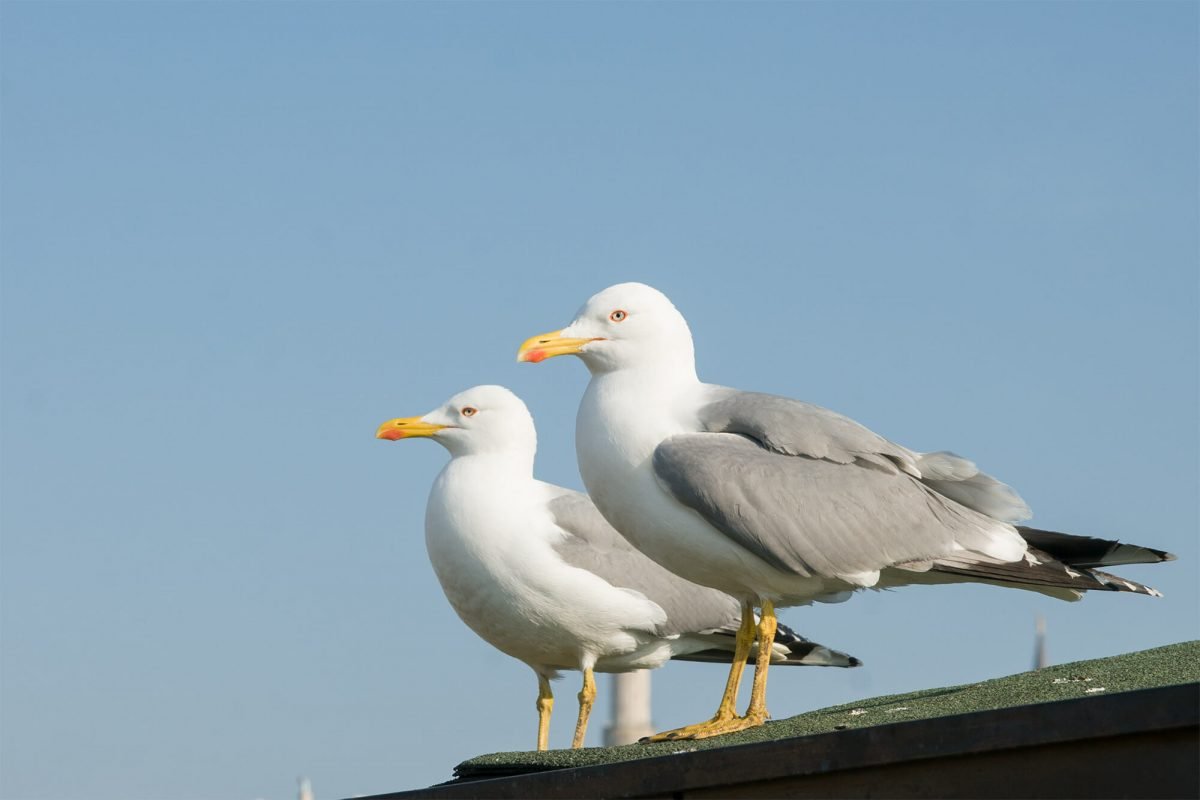 My Istanbul trip was not aimed at finding wildlife. I was in town to explore the monuments of the Roman and Byzantine empires, see the Whirling Dervishes, enjoy some traditional Turkish food and the centuries-old cafe culture, have a spot of souvenir shopping, and find some hidden gems. After all, Istanbul is one of the best holiday destinations in Turkey.

But there were enough birds around the city that were impossible to miss. The most obvious Istanbul birds are the seagulls. Hundreds, if not thousands of them, circle above the ancient monuments filling the air with their haunting cries. There are a few species in the mix, notably the Yellow-legged gulls, Black-headed gulls and what appeared to be Heuglin’s gulls.

Being surrounded by water on three sides, Istanbul is home to quite a few water birds. Though since I was not looking for them, I didn’t see many apart from a few Great cormorants and Mallard ducks. Waterside neighbourhoods of Istanbul, like Sultanahmet and Beyoglu, are good for looking for water birds.

Birdwatching on the Bosporus Cruise

I took a cruise along the Bosporus mainly to see some of Istanbul’s attractions, but it turned out to be a good birdwatching opportunity as well. The cruise is actually a fun thing to do in Istanbul at night, but since I wanted to see the birds, so I took it during the day.

The cruise surprised me by how peaceful and interesting it was, I’d recommend it as a must-do in Istanbul. And in terms of birds, flocks of Yelkovan shearwater swiftly flew past our ferry a few times, a few European shags and Common Coots bobbed on the water, a few Alpine Swifts and hundreds of Yellow-legged gulls flew overhead.

Birdwatching as a way to make friends

This beautiful Ring-necked parakeet landed on a tree outside a little vegetarian restaurant next to my hotel. I have passed this restaurant a dozen times a day, and by now, the owner has become an ‘old’ friend. We were having our routine little chat, and when the bird arrived, I stopped mid-sentence and dashed to the tree to take some photos of it in the rapidly disappearing light.

The shop owner probably thought it was a bit weird at first, but soon he caught my excitement, and within minutes half the neighbourhood gathered around to admire the colourful parakeet and to suggest better viewpoints.

In the following days, I received detailed updates about the parakeets’ appearances on the street. It was very touching

The small patch of trees near the Blue Mosque in Sultanahmet park is a good place to see birds in Istanbul – it was always full of bird calls. Black-billed magpies had their young and created quite a racket. Lots of Willow warblers fluttered high up in the canopy, too far and too fast to identify with the naked eye. Eurasian collared doves and Laughing doves were much easier to spot.

The Gulhane Park, near the Topkapi Palace (which you absolutely have to see on your trip to Istanbul), turned up a Syrian Woodpecker, some Goldfinches, Great tits, Hooded crows and House sparrows.

Back near the shore of Bosphorus, I spotted a White wagtail doing its little dance on the boulders.

If you get weary from all the walking around, there is an interesting little cafe that serves traditional Turkish food – Yunus Emre Teras Cafe. They specialize in a regional breakfast from very far away called Van kahvaltı, which is a city in southeastern Anatolia, not far from the Iranian and Iraqi borders

2 thoughts on “Finding birds in Istanbul without looking for them”