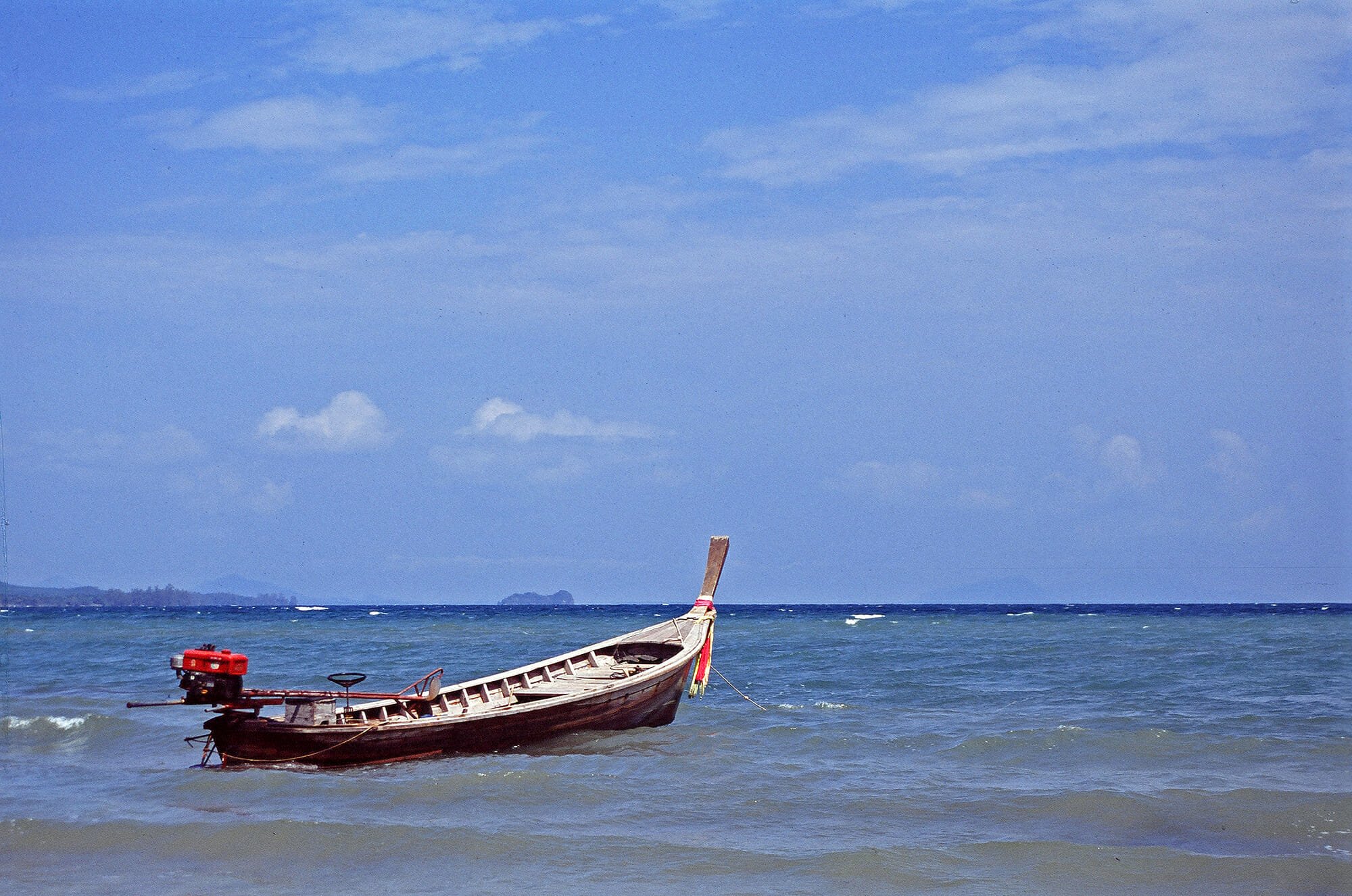 A few years ago, I was getting a little overwhelmed while working full time and doing a science degree at the same time. And then I had a brilliant idea – to save some money and go live on some quiet island in Thailand while finishing my studies by correspondence.

There is an astonishing number of beautiful beaches in Thailand. There are the idyllic Koh Phi Phi and Ko Lipe, the party central – Koh Samui, or the diving mecca – Koh Tao. But I needed something a lot more low-key.

After doing some research, I found a virtually unknown small island in southern Thailand in the Andaman Sea near Krabi. It was called Koh Jum and appeared to be one of the most amazing islands in Krabi – completely off the tourist map. It was exactly what I was looking for – a quiet and offbeat spot in Thailand.

Ko Jum lies between Krabi and Ko Lanta National Park that’s made up of a chain of small islands. It is a quiet tropical paradise that became my home for the first month of my great escape. Plus you can easily get from Krabi to Ko Phi Phi for a gorgeous break from studying.

I stayed in a small beach hut and spent my days reading organic chemistry textbooks in the hammock by the sea. Once a month I took a boat to Krabi to chill out on some of Krabi’s awesome beaches and to visit an internet cafe to send in my various assignments.

During my month on the island, there were never more than 5 other foreigners on the Andaman beach where I stayed. We were like a mixed family that lived in the same place, ate at the same table and by the end of the month knew most of each other’s habits.

The owner of our guesthouse, the voluptuous and free-spirited Dilli, belonged to the clan of Chao Ley, or “sea gypsies”. They are thought to be the first inhabitants of the Andaman coastal regions, possibly descended from the Indonesian Sea Dyaks.

We once asked Dilli if she would like to grow her business, perhaps have mains electricity brought to the property (she was running a generator for a few hours each evening), and potentially have more guests coming to stay with her.

But she was completely content to live a simple life as long as she was by the ocean. And I couldn’t agree with her more.

In between my studies, I explored the island and its wild inhabitants. There weren’t many mammals around, naturally, but I did find some Tree Squirrels.

Birds, on the other hand, were considerably more abundant. I would often be interrupted from a particularly dense organic chemistry lesson by the White-bellied Sea Eagles and Brahmini Kites circling above the beach.

There were also some very cool Common Gliding lizards, that would swoop in and land on the trunk of a palm tree.

The sandy beach was home to hundreds, if not thousands of Hermit Crabs and some larger crabs, as well as some unknown snails that our cook would collect during the day and then serve for dinner.

The only downside to our paradise on Ko Jum was that swimming wasn’t great. There was a broken-up rock shelf just below the surf. Although it was a small price to pay for the privacy of our own island.

And, it is possible to find better swimming spots along the 12km beach on the western coast of the island.

But no matter which part of the beach we were at, the sunsets on Ko Jum were absolutely spectacular. Each evening, the entire sky glowed in vivid shades of red, as if it was caught on fire when the sun dropped below the horizon.

There wasn’t much to do on Koh Jum late at night, so we usually went to sleep a few hours after sunset and woke up when the sun started streaming in through the shutters of our huts.

Now and then we would take the scooters and ride to ‘town’, which was basically a small patch of shops and a restaurant near the wharf.

More often though, we headed in the opposite direction and explored the jungle-covered Koh Pu mountain and wild beaches in the northern part of the island.

So if you would like to unplug from the busy world, Koh Jum is the perfect escape. It is only 25km south of Krabi and can be reached by a longtail boat or by ferry during the high season (from October to April).

If you get a bit stir-crazy from the slow living on Koh Jum, you can always take a day trip to some of the stunning islands around Krabi including Ko Lipe, Koh Rok, Koh Ha or Kho Phi Phi. Or even chill out in Krabi itself – there are plenty of gorgeous beaches around town.

Here is the list of accommodation options on the island.