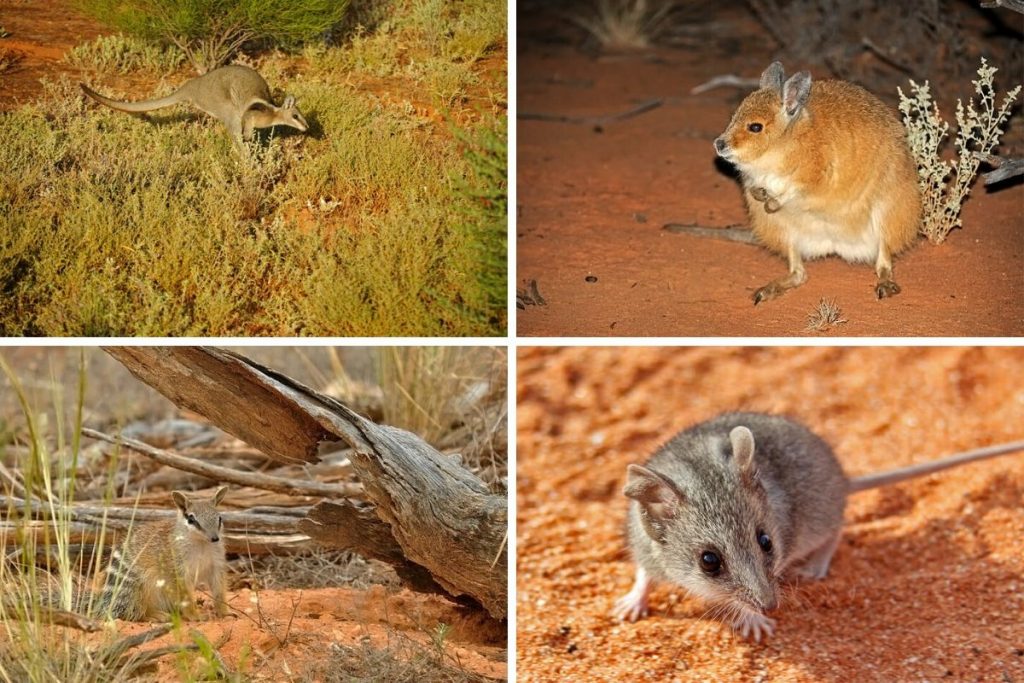 After living in Thailand for a few years, life brought me to the Australian outback in semi-arid western NSW, and I stayed there for over a year. Most of this time I spent at Australian Wildlife Conservancy‘s (AWC) Scotia Sanctuary, first as a volunteer and then as an intern. I always wanted to spend some time in the Australian desert to learn about the life of its uniquely adapted inhabitants.

Semi-arid western NSW is as close as you can get to a proper Australian desert without having to withstand summer temperatures of over 50 degrees Centigrade. It has it all: the iconic rich orange sand, endless blue sky and patchy splashes of green bushes.

The suite of species found there is representative of the typical mammals of Australian Outback. A number of burrowing mammals: Bilby, Boodie or Burrowing bettong and Numbats, though these only survive inside Australia’s largest feral-proof fence surrounding 8000 acres of mallee country at Scotia.

Some ‘diggers’ however survive quite well outside the fence. Among them are the Short-beaked echidna (Tachyglossus aculeatus) – one of Australia’s two species of monotremes, Sand goanna and a number of smaller lizards. There are even burrowing frogs – Sudell’s frog, that spends most of the year underground and comes out to the surface only after heavy rainfall.

The summers in these environments get pretty hot and night temperatures in winter often plunge below 0 degrees. But in the underground burrows, the temperature stays fairly constant, supposedly around 13 degrees. Burrows also provide a refuge for avoiding predation and a safe place to raise the kids.

But while underground apartments are very popular, not all species have adapted to a digging lifestyle. Brush-tailed bettongs or Woylie construct tunnel-shaped nests out of tussock grass, while Bridled Nailtail wallabies simply sit under a bush during the day.

There is also a small captive population of Rufus hare wallabies  at the sanctuary. These species do not dig burrows and are happy to hide out in dense undergrowth during the heat of the day.

Of the bigger players in the Western NSW, there are the magnificent Red kangaroo,  Western grey kangaroo and an occasional Euro .

The less-obvious mammals of Australian Outback are the bats. At Scotia on one trapping night in a single location, we trapped three species: Lesser long-eared bat (Nyctophilus geoffroyi), Little pied bat (Chalinolobus picatus) and an Inland freetail bat (Mormopterus species 3).

There are also some more recent mammalian arrivals in the region: Foxes, Cats, Rabbits and Goats. Their presence is of course bemoaned by the conservationists and eradication programs are in place.

I am extremely conflicted about the presence of introduced mammals in Australia. I understand, of course, that predators like foxes and cats hunt and kill the predator-naive small Australian mammals. But as someone who loves animals, in any context, I can not get behind initiatives aimed solely at killing animals.

2 thoughts on “The Amazing Mammals of Australian Outback”