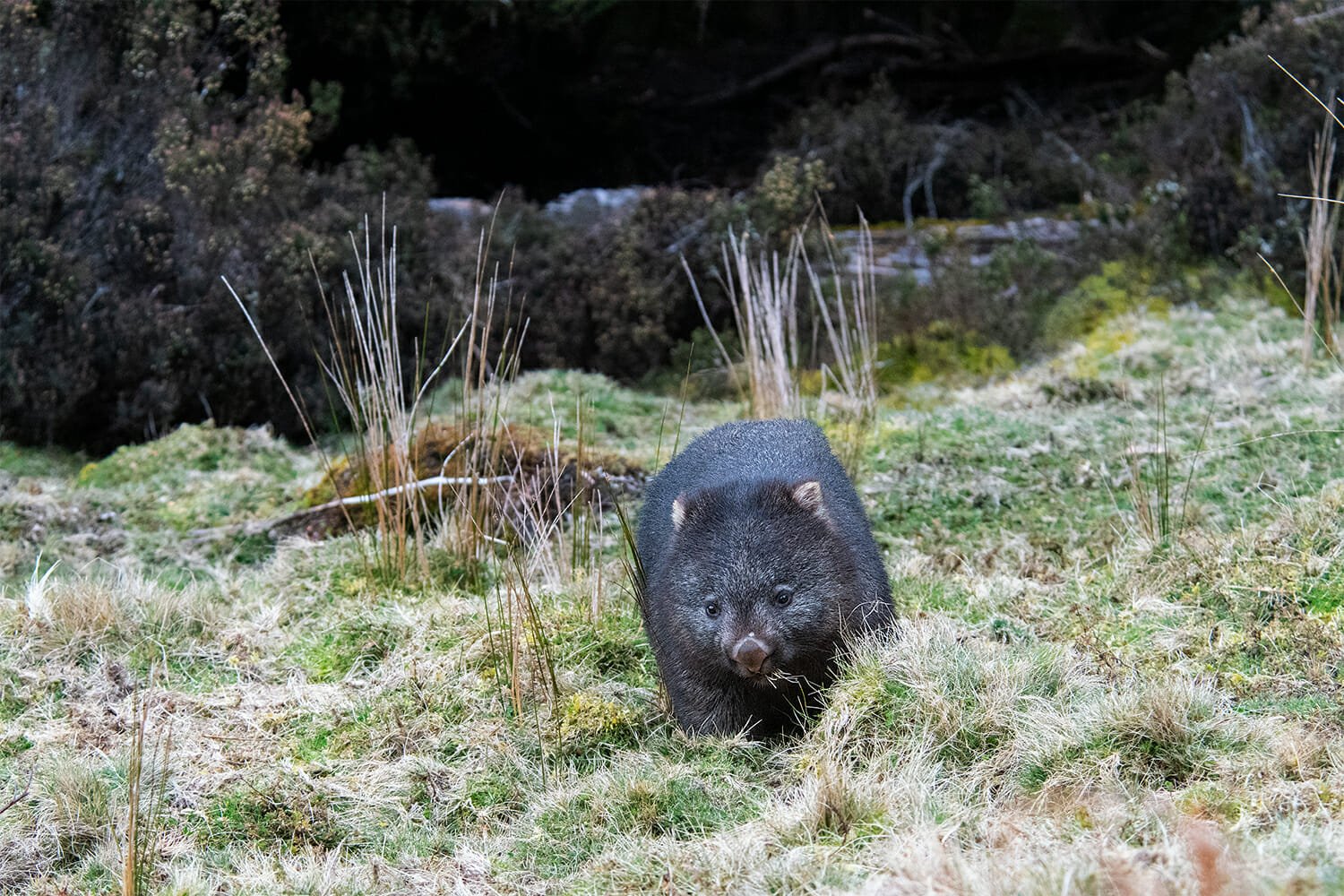 The Cradle Mountain-Lake St. Clair National Park is the most iconic natural attraction and a popular wildlife watching destination in Tasmania – Australia’s island state. In fact, the stunning alpine wilderness is so high on everyone’s bucket list that its popularity is becoming too much of a good thing.

More than 250,000 people visited the park in 2017, prompting the Tasmanian Parks and Wildlife Service to restrict vehicle access to Dove Lake – one of the most popular scenic sights in the park, in order to reduce the environmental impacts of tourism on the fragile ecosystem.

The issue of growing tourism in Tasmania has the state divided, with some advocating for instituting a cap on visitor access to the more popular sites, while others welcome the growth and the revenue it injects into the state’s economy.

This debate fitted perfectly with the theme of the Wildlife Tourism Australia conference that gathered 43 experts from six countries (Australia, New Zealand, United States, Germany and Sri Lanka) at the Cradle Mountain hotel in October this year.

Over three days the conference delegates discussed a wide range of issues facing the wildlife tourism industry and worked on finding opportunities for balancing the needs of wildlife, tourists, operators, and local communities.

Currently, in the state of rapid growth, wildlife tourism is the force to be reckoned with. Already ecotourism, which includes wildlife tourism, is estimated to be worth USD 100 billion annually, according to the World Tourism Organization.

When done well, wildlife tourism has the potential to protect the natural environment while simultaneously creating jobs and supporting wildlife conservation.

However, when done poorly, it leads to overcrowding, unsustainable pressure on wildlife and habitats, and poor animal welfare. A recent study by World Animal Protection found that 75% of the surveyed wildlife tourist attractions are having a negative impact on wild animals.

One of the most urgent issues in wildlife tourism in Tasmania is also the most obvious one. Driving from Launceston airport to the conference venue, the delegates were confronted with a disturbingly high amount of roadkill on the Tasmanian roads. The numbers are devastating. Nearly 500,000 native animals die from collisions with vehicles in Tasmania every year. That is 57 animals per hour.

Thankfully, the research led by Dr. Anne Hardy at the University of Tasmania offers a ray of hope for Tasmanian wildlife. The data collected for the Tourism Tracer project offers unique insights into where visitors go on the island, how they move around, and what influences their decisions.

This information can be used to craft visitor education strategies to encourage drivers to reduce speed and to avoid driving around dawn and dusk when wildlife is the most active.

“Understanding the basic facts about the destination can make a huge difference”, said Elleke Leurs, a Ph.D. candidate at the University of Tasmania.

The importance of tourist education was the recurring theme at the conference. A good example of delivering the message is the new Tiger Trek exhibit at Sydney’s Taronga Zoo.

The experience of viewing Sumatran tigers involves boarding a plane to Sumatra, learning about the devastating effects of unsustainable oil palm production on the Sumatran rainforest, and offers an opportunity for visitors to have their say.

Before exiting the exhibit, the visitors walk through a mock-up supermarket that displays products containing palm oil and offers ‘shoppers’ to send a pre-composed email to the big-name brands that still use unsustainably-sourced palm oil in their products.

And the message is being heard. According to the official statement from Taronga Zoo, “The Tiger Trek experience has seen over 75,000 emails sent to companies to encourage their transition to a fully sustainable palm oil supply chain by 2020 and we will continue to work with companies to drive change in the market”.

Out in the field, wildlife tour operators are perfectly placed for delivering conservation message to their guests. “Every one of us earning our living from nature must be the voice for nature, and let people know how they can help or make a difference to protect nature for future generations”, said Ingrid Albion from Tasmania Parks and Wildlife Service.

For coastal tour operators, for example, Ingrid suggested carrying a reusable bag and collecting rubbish during the tour, while gently weaving the message into the conversation. Drawing people’s attention to an issue with action, rather than just words encourages people to join on the action themselves.

One of the main reasons the Cradle Mountain was chosen as the conference venue, apart from its scenic beauty, was the abundance of wildlife that can be seen in the surrounding forests and grasslands. Common wombats, Bennett’s wallabies and Tasmanian pademelons were a common sight on the grounds of the Cradle Mountain hotel.

But some species are harder to spot in the wild. Tasmania’s most iconic mammal and the world’s largest carnivorous marsupial – the Tasmanian devil, is fighting for survival against the contagious facial tumour disease that is decimating the wild populations across most of Tasmania.

To see wildlife conservation in action, the conference delegates visited [email protected] sanctuary located near the Cradle Mountain Visitor Centre. Part of the Tasmanian government’s Save the Devil program, the sanctuary houses 60 Tasmanian devils as well as a number of Spotted and Eastern quolls.

“The balance between conservation and tourism is a challenge we face every day,” said the sanctuary CEO and the former park ranger, Wade Anthony.

While providing educational experiences for over 28,000 visitors a year, the sanctuary is also involved in programs to release captive-bred animals into the wild. All Tasmanian devils at the sanctuary are part of the insurance population, and the animals earmarked for future releases are housed in off-display enclosures to minimize contact with humans.

The biggest threat that the released Devils face in the wild is being hit by cars, and with the growing visitor numbers, the issue of wildlife deaths on the roads is becoming even more pressing.

Looking for possible solutions, Ronda Green, the Chair of Wildlife Tourism Australia, suggested that a percentage of the growing tourism revenue could be used to fund the construction of wildlife overpasses and protective fencing in wildlife hotspots to deter animals from approaching the roads.

And with appropriate visitor education, the pressure on the ecosystems can also be reduced. After all, a group of 5 disrespectful visitors can be more harmful than a well-behaved group of 30.