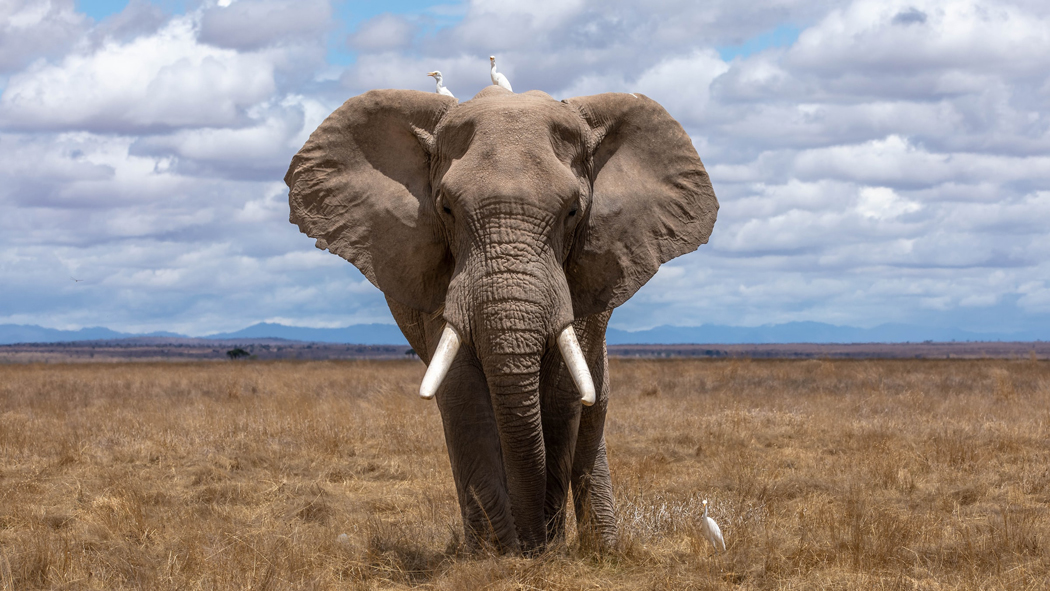 As the largest terrestrial animals on earth, elephants are some of the most iconic and well-known creatures in the world. But did you know that there are seven different types of elephants, including two kinds of pygmy elephants? Some of them are recognized as distinct species and subspecies, while others, the two types of pygmy elephants, are thought to be local phenotypes of their species.

All elephants belong to the family Elephantidae, and once, they roamed widely across Africa and Asia. Sadly, over the last two centuries, elephants have disappeared from large parts of their historical ranges, and the remaining populations are threatened with extinction.

In my travels in search of wild cats, I have been lucky to encounter many different types of elephants in the wild: African savanna elephants in South Africa, Indian elephants in Thailand, and Borneo Pygmy elephants in Borneo. They are fascinating animals to observe in the wild, and each sighting leaves long-lasting memories. Plus, you get to visit some of the most beautiful countries in Africa and Asia in your search for encounters with elephants.

So what are the different types of elephants?

What are pygmy elephants?

Asian elephant vs African elephant – What is the difference between them?

Keeping in mind that there are two different species of elephants living in Africa that are quite different from each other, the key differences between Asian and African elephants are in their size, body shape, size and shape of their heads and ears, presence of tusks in females, the shape of their trunks, colouration and number of toenails.

The African savanna elephant (Loxodonta africana), also known as the African bush elephant, is the largest living terrestrial animal. The adult bulls reach up to 3.96 m (13.0 ft) at the shoulder and weigh up to 10.4 tons. It is one of the most awe-inspiring animals to see in the wild.

The distribution range of the African savanna elephant spans 37 African countries and a range of habitats including forests, woodlands, savanna, wetlands as well as agricultural landscapes. Like all other elephants, African savanna elephants live in social groups comprised of cows and their offspring and led by a matriarch. Adult bulls typically live alone or form bachelor herds.

One of the best places to observe African savanna elephants in the wild is Addo Elephant National Park in South Africa’s Eastern Cape. The park was established in 1931 specifically to protect the area’s last 11 elephants and today it’s home to more than 350 elephants.

Elephants are everywhere at Addo: roaming the open grasslands, browsing on the sides of the roads or congregating at the waterholes. The hides constructed at the waterholes offer good opportunities for watching elephant families as they tend to playful young of different ages.

You can of course observe savanna elephants at most African safari destinations, including Kruger, Serengeti, and Masai Mara National Parks and Okavango Delta.

African forest elephant (Loxodonta cyclotis) is native to the humid forests of West Africa and the Congo Basin. At the height of 2.4 meters (7 ft 10 in) at the shoulder and weight of 2–4 tonnes, it is the smallest of the three types of elephants. In addition to being smaller than its savanna cousin, the African forest elephant is darker (reddish-brown to brownish-grey), and its tusks are straighter and point downward. In fact, a recent genetic comparison of the two African elephant species revealed that they are as distinct from each other as the Asian elephant is from a woolly mammoth.

Western science only discovered African forest elephants in the 1900s and only a century later their population declined to less than 30,000 individuals.

One of the best places to see African forest elephants in the wild is Mayumba National Park in Gabon (Gabon has the largest stable population). The park, often referred to as one of the Earth’s last remaining untouched paradises, is challenging to get to, but once you are there, you’ll have a rare chance of seeing forest elephants foraging on the beach where the rainforest meets the Atlantic Ocean.

Not much is known about African pygmy elephants. They occur in the same swampy rain forests of Central Africa as the African forest elephants. The few sightings that have been reported imply that they are a more aquatic or water-loving type of elephants.

At least two pygmy elephants have been captured and taken to Bronx zoo in 1905 and 1922 respectively. The bull, named Congo, grew to the height of 1.8 meters (6 feet) at the shoulder – considerably smaller than the African forest elephants.

In the 20th century, scientists believed that the Pygmy elephant was a distinct species – Loxodonta pumilio. However, in 2003, DNA samples were extracted from a few museum specimens labelled as Loxodonta pumilio and compared to the DNA samples from the African forest elephants, revealing that the two types of elephants belonged to the same species. Researchers attributed the demure size of the pygmy elephants to climatic variation during the Quaternary period (the last 2.6 million years up to the present day).

While they are smaller than their African cousins, Asian elephants (Elephas maximus), also known as Asiatic elephants, are the largest land mammals in Asia. They can be identified by the two bulges on their heads and their smaller rounded ears.

The national animal of Sri Lanka, Sri Lankan elephants (Elephas maximus maximus) are the largest (up to 3.5 meter-tall) and also the darkest of all Asian elephants. They used to roam widely across the entire island but over the last century, as more and more land is converted for agriculture, Sri Lankan elephants lost a large proportion of their habitat. Today, around 7,500 wild elephants live in Sri Lanka. However, taking into account that the Sri Lankan landmass takes up only 65,610 square kilometres, the island is considered to have the highest density of wild Asian elephants in the world.

Almost 9 per cent of Sri Lanka’s land area (5,734 km2) is protected by the network of national parks, some of which are connected by ‘elephant corridors’ that facilitate elephant movement between the areas. Some of the best places to see wild Sri Lankan elephants are: Udawalawe National Park, Minneriya/Kaudulla National Parks, and Wilpattu National Park.

Despite its name, the Indian elephant (Elephas maximus indicus) is not restricted to India. It is distributed throughout Southeast Asia, including Thailand, Bhutan, Myanmar, Malay Peninsula, Laos, China, Vietnam, and Cambodia.

One of the best places to see wild elephants in Southeast Asia is Thailand’s Khao Yai National Park. Mostly, elephants move through the forest, but Khao Yai’s roads provide an easier alternative for travelling across the park. The elephants see the roads as part of their habitat and don’t hesitate to chase motorists if they venture too close.

The third subspecies of the Asian elephant is endemic to the island of Sumatra. In comparison to Sri Lankan and Indian subspecies, Sumatran elephants (Elephas maximus sumatrensis) have lighter skin colour, less depigmentation and shorter tusks.

The Sumatran elephant also has the unfortunate distinction of being the most severely threatened type of Asian elephant, its population had declined by at least 80% during the past 75 or so years. And as more forest is converted into human settlements and agricultural lands, the remaining Sumatran elephants are running out of places to live.

Elephants are not as easy to see in Sumatra as in other parts of their range. For the best chance, spend a few days in Way Kambas, Gunung Leuser or Bukit Barisan Selatan National Parks.

The origins of Borneo pygmy elephants remain uncertain. It was believed that the Sultan of Sulu brought captive elephants to Borneo in the 18th century, which were later released into the wild. However, DNA analysis revealed that Borneo elephants are genetically distinct, suggesting that they colonized Borneo during the period of low sea level between 2,580,000 to 11,700 years ago and then became isolated from the mainland population when the sea levels rose.

Whatever their taxonomic status is, Borneo pygmy elephants share the fate of their larger cousins worldwide – their habitats are being converted to agriculture, their tusks are making the targets of poachers, and their presence outside of protected areas is seen as a cause of conflict over space and resources with human societies

Thankfully, the Malaysian state of Sabah on Borneo retained a large part of its forest cover and you can see Borneo pygmy elephants in Danum Valley, Deramakot Forest Reserve and on Kinabatangan River.

The video below captured the cheeky personality of a young female Borneo elephant that decided to practice her warrior dance on our safari truck in Deramakot. In her mind, approaching ‘the enemy’ bum-first must’ve been the most effective fear-inducing tactic

Why some types of elephants have ‘conservation status’ and some don’t?

You may have noticed that some types of elephants in this article have a ‘conservation status’, such as Endangered, while others don’t. This is because conservation prioritizes certain categories of animals over others. For example, conservationists assign a higher value to ‘evolutionarily significant units’, which typically means a species or a subspecies. While this may be a useful tool for identifying the kinds of animals that require the most urgent protection, it also means that, at the level of the species, local populations and individual animals can become invisible.

In the case of elephants, because African and Borneo pygmy elephants are not recognized as distinct species/subspecies, they do not receive conservation attention as unique entities. Their numbers are not assessed and their conservation status is not known. This is why I chose to write this article about the different types of elephants, rather than the species prioritized by the science of conservation.