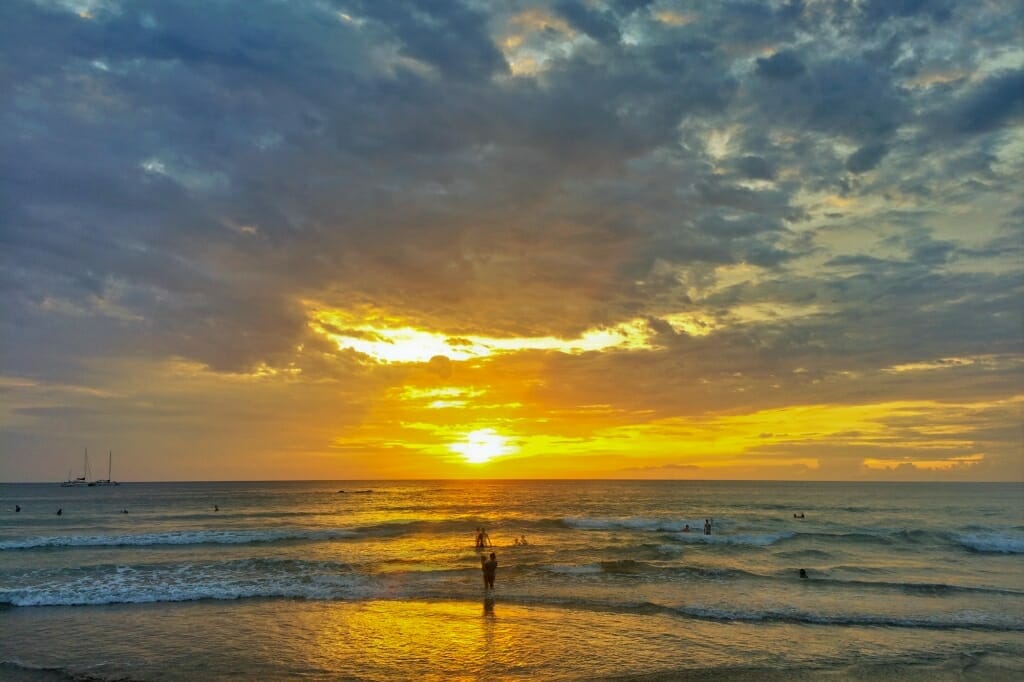 This year I finally made my way over the Pacific Ocean and after a brief stopover in New York spent three weeks exploring Costa Rica. My good friends from Canada decided on a destination wedding and I joined them for almost a week at Riu Guanacaste resort. After the festivities, the three of us and another five friends spent a couple of weeks on a road trip through some of the country’s best national parks.

Riu Guanacaste resort is located in Guanacaste province – one of Costa Rica’s most Northern provinces famed for its beaches and dry climate.  The resort is nestled on  Mata Palo beach on the Pacific coast of Nicoya Peninsula. Interestingly, Nicoya Peninsula is considered one of the world’s longevity hot spots, where people commonly live past the age of 100 years.

I am not a fan of resorts. In fact, I’ve never been to one, but when you are in a country as beautiful as Costa Rica, even an all-inclusive resort looks like a set from a Jurassic Park movie. It’s hot, it’s humid and it’s very lush.

Riu offered rather limited wildlife watching opportunities, but I loved being in a new environment. Costa Rica was not just a new country for me, it was a new continent! Everything around me was new and unfamiliar, waiting to be discovered and appreciated.

At first, it seemed that the only wild things living on the resort grounds were the noisy and brazen Great-tailed grackles. But later I discovered a troop of Mantled howler monkeys, passed out in the heat up in the trees, Variegated squirrels, humongous dinosaur-like Green iguanas and Ctenosaur lizards (Spinytail iguanas), and microbats that would fly over the pool after dark.

Explorations slightly further afield brought me to the Monkey bar, about a kilometre away from Riu along the beach. There is a small patch of forest between the beach and the bar and it was teaming with wildlife. There were howler monkeys, Iguanas, a Rose-bellied spiny lizard, an incredibly colourful Deppi’s whiptail, White-throated magpie jay, Orange-chinned parakeets, Great kiskadees and Turkey vultures soaring above.

The main wildlife surprise that Riu turned up was a Striped hog-nosed skunk nonchalantly walking across the lawn at night when I was nowhere near my camera.

One of the places we visited outside the resort was the coastal town of Tamarindo. And while we did not see any wildlife – it was more of a social visit – we did get a chance to appreciate the beauty of the famous Tamarindo beach at sunset.