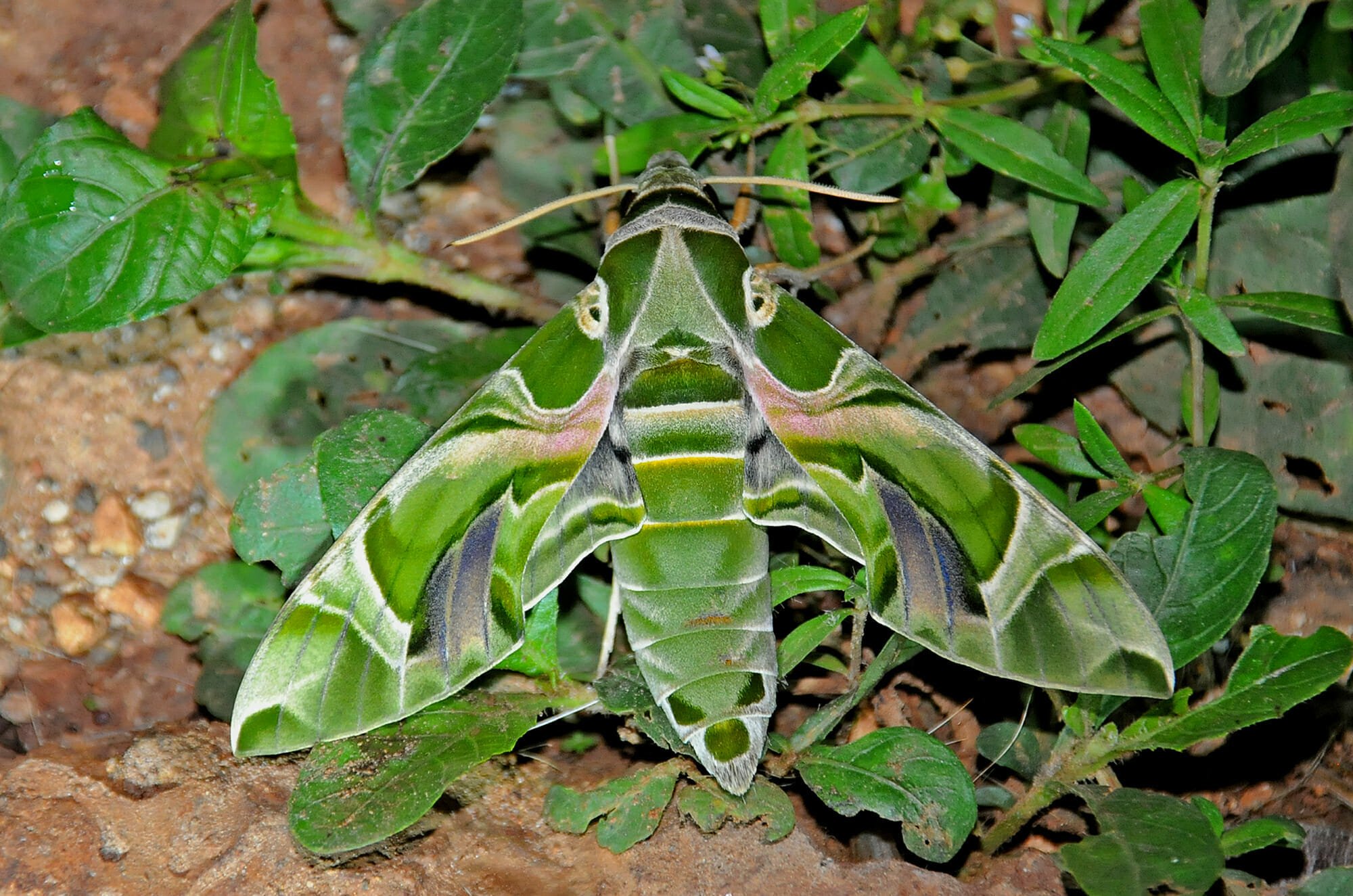 Living in rural Thailand for a few years, I was fascinated by the diversity of moths and butterflies that I could see around my house. And as any wildlife biologist would, I decided to attempt to understand and to document it.

Some of the more visually striking moths of Thailand belong to the Hawkmoth family. Their name comes from the hawk-like shape of their wings that are designed to sustain rapid flight.

Even the caterpillars of hawkmoths are striking, like the Oleander hawkmoth caterpillar above. It feeds primarily on the leaves of oleander, which is obviously where the name of the moth comes from.

One of the giants of the moth world is the spectacular Thrith’s Emperor moth. Not as large as the Atlas moth, it is still quite impressive.

Slightly smaller are the Owl eye moth (Great Owl moth) and the Eyed rustic moth, both with a similar camouflage pattern of large ‘eyes’ on their wings

Another interesting species is the Orange fruit piercer, which, as its name suggests, feeds on fruit by piercing its skin.

And then, of course, there is the White Winged Red Costa Tiger Moth, that tends to look almost fluffy.

The diversity of moths of Thailand is truly astounding. No matter how many species you have already seen, there are dozens more to see in the same location. It is an entomologist’s paradise.

As a mammal specialist, I found it difficult to identify some of the less distinct species. The images below are a reflection of diversity rather than an identification reference, and some species are marked as Unidentified. Any tips on the ID of these species will be appreciated.

Huge thanks to John Moore for his help in identifying some of the species on this page. You can see his stunning gallery of Thailand’s moth’s here.

3 thoughts on “The striking world of moths of Thailand”