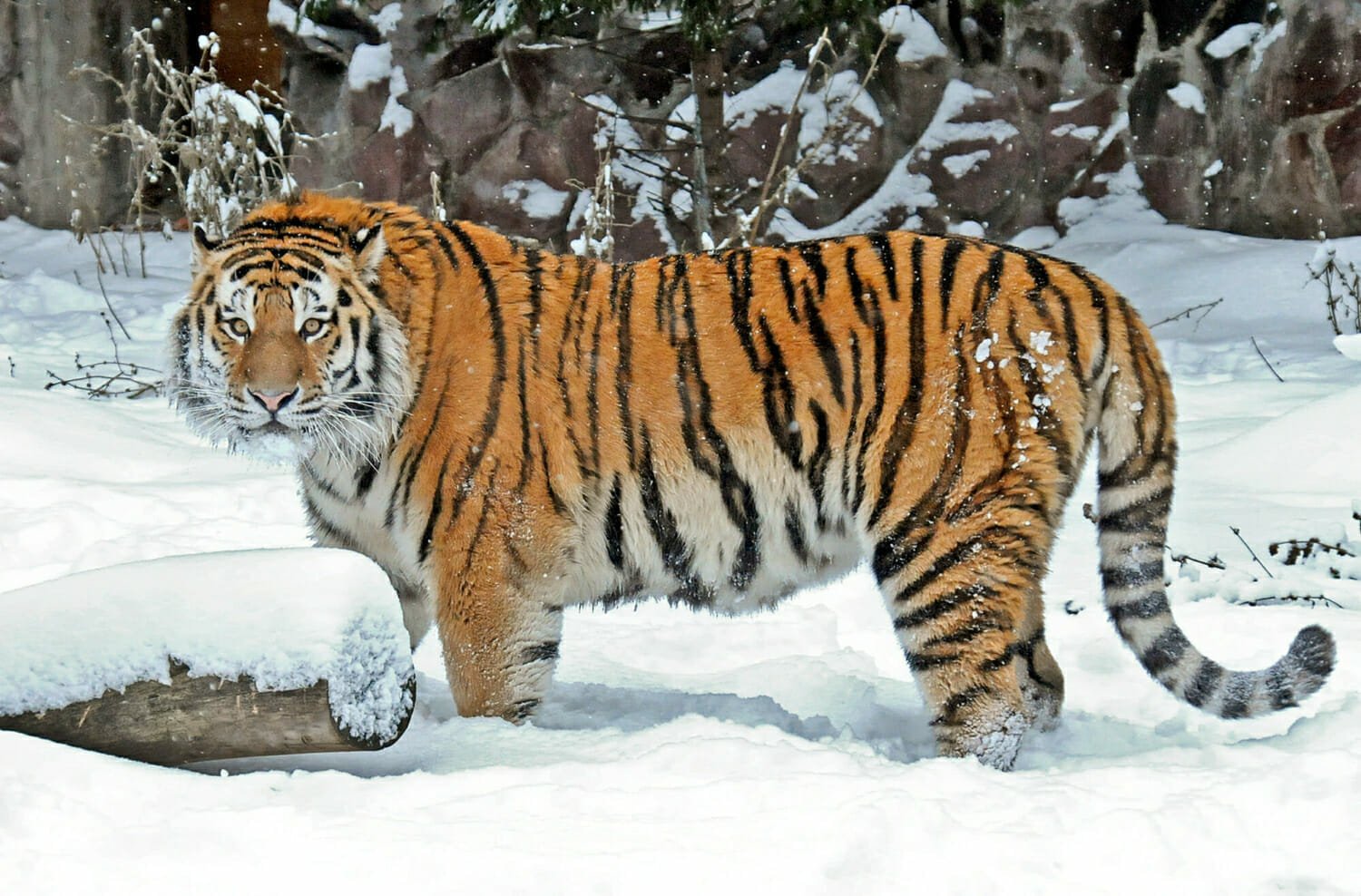 Generally, I am not a big fan of zoos, but they do provide an opportunity to have a good look at the animals that are difficult to spot in the wild. So, when I spent some time in Moscow during winter, I visited the zoo in hopes of seeing some of Russia’s wild cats.

Moscow zoo in winter is a very quiet place. Most animals prefer to stay in their dens indoors, leaving rows after rows of empty outdoors enclosures, which is not surprising in -15 degrees Centigrade.

There were 4 cats on my bucket list: the Amur leopard (the rarest wild cat on Earth), Siberian tiger, Snow leopard and the Pallas’s cat – one of the fluffiest cats in the world. And after walking around the empty enclosures for a few hours, I was lucky to see 2 out of 4.

I quite liked the unpredictability and the low odds of my quest. It reminded me of tracking cats in the wild, where you spend 99% of your time searching and 1% being surprised that you actually found your query.

The only other people near the enclosure were a three-person film crew, which made me think that they may have arranged with the keepers to encourage the tiger to take this little excursion. He didn’t seem to mind it at all.

About 10 minutes later, he slowly retreated when he heard that his food was delivered in the indoor enclosure.

My next lucky break came at the main cat complex. A wistfully beautiful Snow leopard was out and about having a good sniff of a log in its enclosure. It chuffed at me, and I chuffed back, smiling from ear to ear at our ‘private’ moment.

As the day warmed up, some of the animals started to emerge into their snow-covered backyards.

Have you ever seen Cheetahs play in the snow? It’s quite a sight and it messes with your perception of what’s real.

The white Bengal tigress, on the other hand, blended perfectly with the snowy landscape and she seemed to have a lot of fun playing in the snow.

The Eurasian wolves also felt quite at home in the freezing temperatures. Once common in the forests if Europe and Russia, the wolves have been systematically eradicated in Europe until only small isolated populations were left. Thankfully the populations are recovering now, in response to the conservation measures put in place.

The herbivores were considerably more active in the zoo, especially the northern species like the Muskox, the Bison and the Mountain goat.

But the busiest hub of activity was centred around the freshwater ponds where some spots were protected from freezing over by the warm water delivered through the specially constructed pumps. Waterbirds from the entire city of Moscow flock to these ponds in winter. The most numerous were Ruddy Shelduck, the Endangered GreyGoosee, as well as a few Barnacle Goose and Common Shelducks.

In 2016, I saw the  Pallas’s cat on the Ruoergai grassland on Tibetan Plateau. But I am still to see the Amur leopard…

The zoo is open every day from 7.30 am until 9 pm. The last tickets are sold at 8 pm. It is located at number 1 Bolshaya Gruzinskaya near the subway station Barrikadnaya.