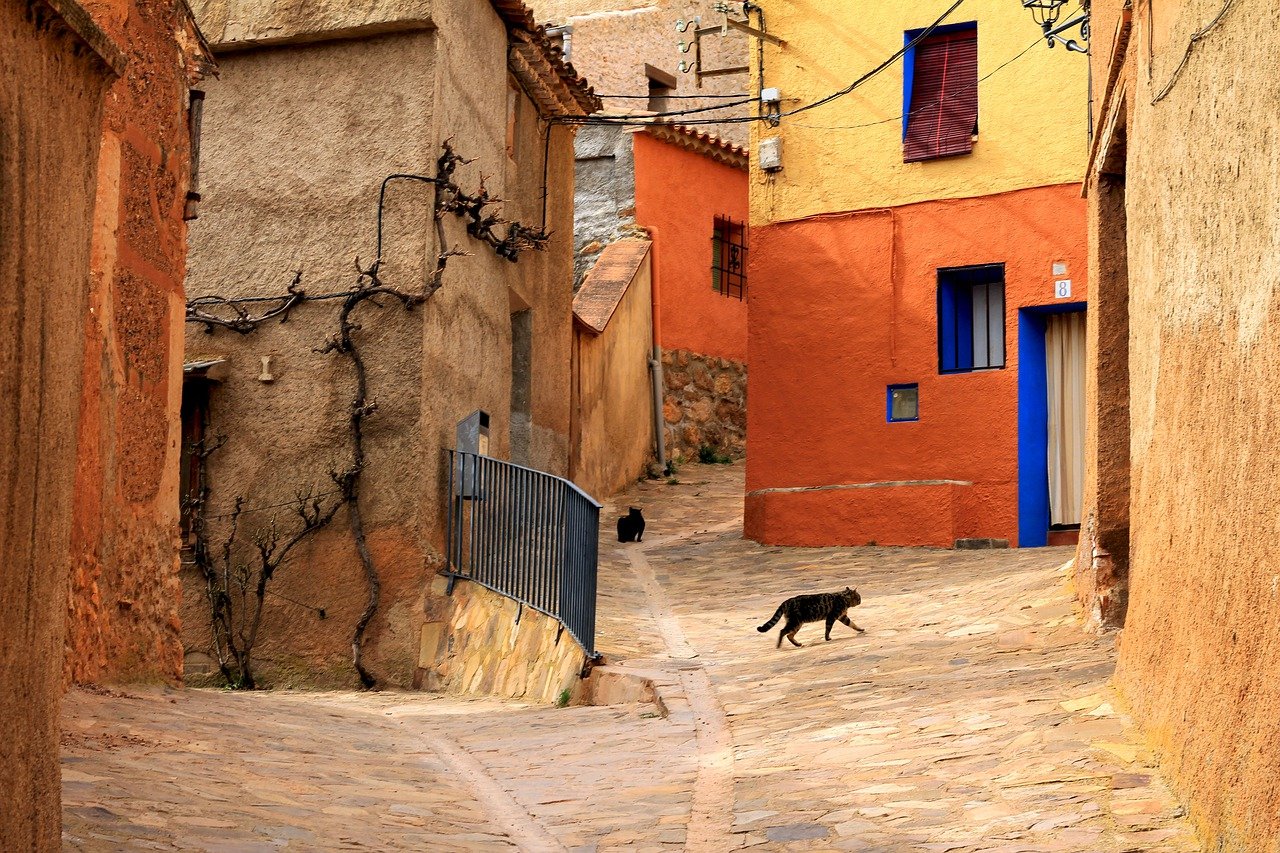 Do you regularly see a particular cat or group of cats outside your home or someplace where you regularly pass by? Do you feel tempted to approach them and maybe even take one home? Well, this would be a kind thing to do for a stray cat that is miserable because it has somehow lost its owner. But it may also be a really bad idea, if these are wild, free-roaming cats.

Cats lived by our side for about 10,000 years and our relationships with them have changed greatly over the years. Humans took their domesticated pets all over the world and in most places, some of the cats returned to their wild lifestyle. There are many names for these ‘post-domestic’ cats: feral cats, alley cats, invasive species…. but value judgements aside, they are simply wild cats.

They look almost identical to your pet at home, but they behave differently because they rely on their wild instincts to find food, mates, shelter and everything else they need. Here are some tips on how to tell a stray cat that could use your help from a wild cat that is just fine without you.

These cats generally had an owner or a home to get back to, but for some reason, they lost their homes. They are used to socializing with humans, so it’s possible to rescue, rehabilitate and re-home them. You can determine if they are stray if you notice the following:

Stray cats who have lost their homes mostly have grungy or unkempt coats. They are usually alone and are unable to socialize with other cats. The sudden change in their environment causes them to look like any other human who has just lost their home.

These cats are used to having their food prepared for them. So a lost kitten would usually look thin and unhealthy. Also, research shows that a stray kitty would often look anxious and underweight, so they’re not entirely against humans approaching them giving food. If you can’t adopt them, you can at least feed them with food that’s easy to digest and has complete nutrition.

As mentioned, these cats are familiar with human interaction, so they’ll approach you with its tail up high as a sign of friendliness. Additionally, they are also vocal and would respond when you call them. They are not shy and will make eye contact with you. That is why it’s common to see them in the morning seeking food or begging if they see a human bringing one.

A free-roaming cat is a kitty that has lost the human connection over time or has never had one in the first place. They are born from wild free-roaming cats or strays and will have great survival instincts outdoors. Here are some significant indicators that a cat is wild and should be left alone:

They Are Fearful of Humans

Most cats are wary of humans, but wild, free-roaming cats stay away from people and their kittens do not adapt well to life in a human household. Usually, if you adopt a cat and it doesn’t get used to indoor living after 5 months, it is likely a wild-born free-roaming cat that will have little to no chance of becoming an affectionate pet.

These cats are used to living outside and seek their own food, so they are usually healthy. Male feral cats may have scars and be more muscular.

They May be Found in Groups

The important thing to note is to always consider what’s best for the cat. For stray cats, earning their trust slowly before giving them a home or taking them to a shelter is usually the easiest way. Free-roaming cats, on the other hand, should be left alone. They are fine on their own and don’t require human care.

Neither stray nor wild

Having said all that, you often encounter cats that are neither stray nor your typically independent free-roaming cats. Like Istanbul’s or Chefchaouen’s famous cats, these felines live independently but are quite happy to receive food from people.

You will no doubt encounter street cats on your travels. The best thing to do is to let them come to you themselves, if they wish to. They are very charismatic animals and they may feel very familiar because they are so similar to your pet at home, but street cats are not pets and they may be uncomfortable with close human contact.

Thinking of adopting a kitty? Save this post for later.

1 thought on “Stray cats vs free-roaming cats: How to tell the difference?”